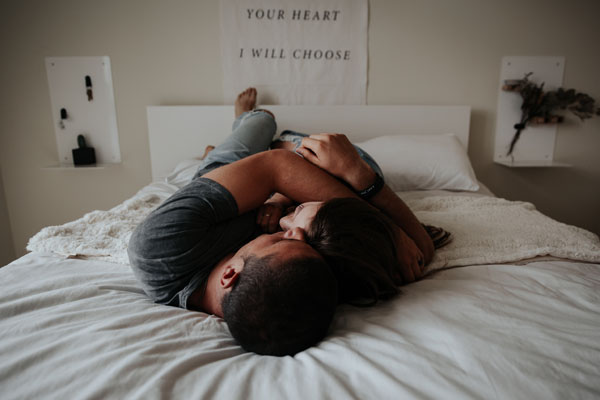 A study that conducted online surveys of 1,463 women with an age range between 20 and 50 years, shows a direct relationship between the perception of premature ejaculation and satisfaction with the relationship of the couple and sexual life. The negative stress that occurs in women as a result of the short time that elapses between penetration and ejaculation of the man, is also a cause of the breakdown of the couple’s relationship.

The conclusions of the aforementioned study are found in an article published in 2014 by the Journal of Sexual Medicine, entitled The perception of premature ejaculation by women and its impact on the breakdown of the relationship, quality of the relationship and sexual satisfaction. Considering that studies have always focused on the impact of premature ejaculation in men, the information contained in this article is very original and quite valuable.

In the research that –as we saw- studies women from very different cultures, several instruments were used such as the Index of Female Sexual Function, the Female Sexual -Distress Scale, the Couple Relationship Assessment Scale, and other questionnaires.

Some of the most important conclusions are:

Definitely, when we treat premature ejaculation we must include the couple – as far as possible – since this intervention will give us more chances of success and effectiveness. If we listen to the couple, we inform them about the characteristics of the problem and the treatment and we explain how they can collaborate and be part of the process, we will be able to reduce their psychological discomfort and, indirectly, take the pressure off the man with premature ejaculation. On the other hand, as professionals sexologist in Delhi should not focus only on prolonging the times of intercourse, but also on the erotic enrichment of the couple, stimulating variants in their sexual scripts.